To Watch Or Not To Watch: November’s Malay Releases Appear Mostly Underwhelming

WITH only just two months left until the end of the year, what could local cinema possibly have in store for us? Not much, it appears.

Despite a tad lacking in star power and hype however, this month’s releases do seem like they’re trying hard to be noticed. Take Mirip, for example. November’s earliest gift to the nation is a musical thriller which pits actor Fezrul Khan against himself.

That’s right: we’re talking dual-roles — once used to great effect in Bollywood and Hollywood especially in beloved movies like Shankar‘s Jeans and Nancy Meyer‘s The Parent Trap, both released in 2008.

Directed by Indian national Jokin, the film boasts a rather interesting concept. A rich man is saved by a poor man and as a result, the rich man wants to help the poor man. Both men are musicians, and are identical. Things go along well enough, until some people begin to want more than what they’ve been given.

Before we even begin, the poster is a bit of a wreck to be perfectly honest. For a start, Lana Nordin looks like she’s struggling to stay focused while high on Vicodin, not to mention her co-star looks like her teenage son. Its design elements also seem very shoddy. 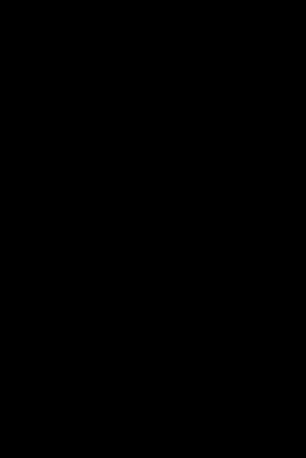 Why do local movies continuously refuse to hire legit graphic designers for their posters? Sticking to popularly-discussed ‘templates’ and hiring someone in the family to do the job will definitely result in a crap poster.

This also begs the question: how has promotional artwork in the film industry gone to the dogs when our impoverished local performing arts scene manages to put out some of the most delightful posters in the country?

We’re not impressed  enough by Biasan‘s initial impression to write further but would like to wish Janutalkies better luck with their upcoming key artwork.

Ada Apa Dekat Bus Stop tells the story of three young men who meet at an old bus stop and become friends. There’s a ghost involved at some point and the three men work together to solve mysteries at the location. Which all sounds like a great premise… if you’re still reading Enid Blyton.

We apologise if we sound mean — we just expect a lot more from the local industry after being at the Tokyo International Film Festival and watching works from our ASEAN neighbours. These films we have scheduled for November are simply not cutting it.

Horror comedy Ada Apa Dekat Bus Stop opens on 19 November so watch the trailer here but be warned, it’s a bit of an acquired taste. Fans of films like Pontianak Menangis will do well to head to the cinemas when this one comes out.

Now we’ve arrived at the final week of November, and this late into the month we have just two films left.

Let’s get rid of one of them first: Banglo Berkunci is a horror film starring Intan Ladyana, Fadlan Hazim, Adiba Yunus and Fahmy Reza. It opens on 26 November and Adiba Yunus received a nomination for her work in Nasi Tangas. But wait, what do we have here…? Oohhh… filem Mangkin Prestij rupanya. We guess that’s all you need to know about Banglo Berkunci!

In any case, here’s a synopsis courtesy of Cinema Online just to be fair.

Three best friends Danny, Boy and Adam love doing paranormal-related activities at secluded places in order to confirm the existence of ghosts. The trio then goes to an abandoned bungalow that has a dark history behind it, where one of the residents was accused of unconsciously killing his family members.

Yes, we know things have gotten progressively worse since the beginning of this piece, but bear with us: we saved the best for last! November ends with Osman Ali‘s ninth film, which also serves as a tribute to Malaysian songstress Sheila Majid. Sinaran marks a sharp left turn for the director whose last film was the horrifying Maya Karin-led Jwanita.

Released late September, Jwanita performed moderately well at the box office and left cinemas only two weeks ago! We wrote a review for the film and deemed it one of Osman Ali’s weakest, but we trust he may just be able to pull it off with this upcoming release.

Sinaran is a romantic musical starring Lisa Surihani as a college freshman navigating her way through life and its many tribulations. All this is set against a collage of songs from the great Sheila Majid, who also appears in the movie briefly. Accompanying Lisa are Evan Sanders, Izara Aishah and Syarif Sleeq.

Expect classics like “Aku Cinta Padamu”, “Warna” and “Antara Anyir Dan Jakarta” to be transformed for the film; we’re expecting no less than her entire singles collection in the cinemas come 26 November!

And that wraps it up for the month, basically. We hope we’ve helped you decide which one you’re going to watch — pick one at least and help save the industry, yeah?

Stay tuned come December as we will be looking at a diverse selection of movies including titles like Chowrasta, Keranda Tok Wan Terbang and Jagat. Review: MPYO’s ‘Mozart In Paris’ A Quick Escape From Trying...
0