Well guess who’s back… again. The face of Studio Ghibli, animator extraordinaire, multiple award-winner and six time retiree – yes, we’re talking about Japan’s famous Hayao Miyazaki. But don’t get too excited for his return just yet because we’ve got good news and bad news!

The fact that he’s back in the directors chair after the announcement of his ‘retirement’ is already pretty great news. Miyazaki’s upcoming project will be his first animation since completing The Wind Rises in 2013, which he initially said would be his last.

But before you get your hopes up, the legendary animator won’t be making his usual lengthy animated feature. Instead, this one will be a 10-minute film with its primary character being a caterpillar, according to Wired.

“Kemushi no Boro (“Boro the Caterpillar”) as Miyazaki describes the story as “a story of a tiny, hairy caterpillar, so tiny that it may be easily squished between your fingers.”

It’s a tale he’s been planning for almost two decades — the director first mentioned plans for the story prior to 1997’s similarly nature-focused Princess Mononoke.”

Miyazaki’s films may be well known for his traditionally hand drawn animations, but this time around he has decided to try his hand in 3D CG. Note that this will be his first time having an animation that’s entirely in CG, as we also found out from Wired!

“It’s not the first time Miyazaki has used CG as a tool – the technology is most notably used in his Oscar-winning Spirited Away– but the short will be the first time he has produced an entire film in the form.”

This next short feature that Miyazaki is creating will take up to three years to complete. Miyazaki writes, directs, and draws the storyboards for a majority of his movies – essentially writing the movie through drawings. Most of Miyazaki’s films are done scriptless, as he pointed out in an interview with Midnight Eye.

He has a sharp eye when it comes to minute details so we don’t really mind that he’ll be taking three years to complete Kemushi no Boro. Did you know that he hand-drew the water in Ponyo? And then there’s the animated rain in his films – did you guys realize that every frame was done by hand? 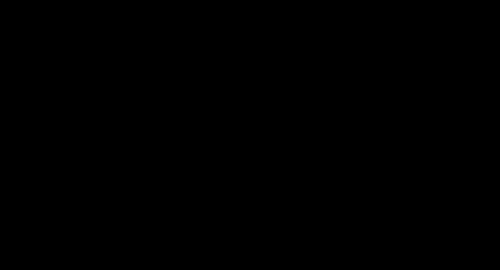 While he takes the three years he needs to complete his short animated feature, you’ve got three years to save up because the only place you’ll be able to see Kemushi no Boro is at the Ghibli Museum in Tokyo, Japan which showcases the animated works of  Studio Ghibli.

Miyazaki once left us wise words which we never really understood until now.

In order to grow your audience, you must betray their expectations.

It seems that Miyazaki is doing just that!

I intend to work until the day I die. I retired from feature-length films but not from animation. Self-indulgent animation.

There, there… In any case, this tribute to Hayao Miyazaki from dono on Vimeo might cheer you up a little. Enjoy!

Tania Knutt
She enjoys her morning coffees with a spoon of Nutella and a bowl of 'Carpe Diem'. Tania Knutt is a writer for The Daily Seni.
You might also like
Hayao MiyazakiJapanese Cinema
MORE
Read More
166