40 Days After Chairing FINAS, Azalina Othman Has Decided To Leave For The Greener Pastures Of The PM’s Office

The Daily Seni was invited to a Majlis Beramah Mesra with the Chairman of the National Film Development Corporation Malaysia (FINAS), Datuk Seri Azalina Othman today, the 30th of July 2015 at Chef Ismail‘s famous Restoran Rebung.

So what did we gather from the throng of journalists surrounding Azalina during the interview session?

1) Our film industry is practically controlled by our government.
2) No one really gives a shit about our film industry because the FINAS event quickly turned political due to a barrage of questions about a certain rombakan topic. 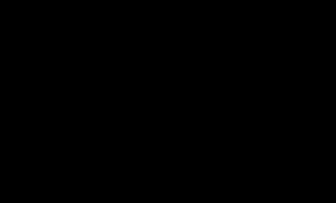 But then again, our film industry is political.

During the recent cabinet reshuffle, Azalina was appointed Minister in the Prime Minister’s Department. While Azalina was delighted with her new post, she noted that she has to give up her Chairman seat in FINAS (one which she only held for 40 days).

Yes guys, the Minister of Communications and Multimedia has changed yet again in the short span of two years. Datuk Shabery Cheek took over Dato’ Sri Rais Yatim on the 16th of May 2013, and he is now being succeeded by Datuk Seri Salleh Tun Said Keruak. Looking at the changes being made, it is probably worth asking an important question.

How is our creative industry ever going to make or implement a change when its leaders keep changing?

When asked who will be next in line for the chairman post, Azalina stated that she wants a United Malays National Organisation (UMNO) representative chairing FINAS.

To her, this was vital so that the creative industry can carry the same vision shared by UMNO and ruling coalition Barisan Nasional.

At one point during the round table session Azalina mentioned, “FINAS mengakui bahawa mereka perlukan perubahan“. Among the changes Azalina wants to see? She believes that if FINAS is viewed as a regulator of the film industry, then the Film Censorship Board (LPF) needs to be under the wing of FINAS.

Most of all, she saw the necessity for dialogue between FINAS and LPF before decisions are made. This need came about after recent changes made by the LPF in what it deems suitable for local television. All We Can Tell You About Your New FINAS Pengerusi, Dato’ Mohd Khusairi Bin Abdul Talib
Read More
448 Yes, Azalina Othman Rapping To “Baek” Has Gone Viral But How Many Of You Know About Datin Rosmah Mansor&#...
1 Comments
Leave a response

International Finger-Style Guitar Festival Malaysia 2015: Who Is Jacques Stot...
Next